TRACKING COMPASSION IN AN UNRAVLED WORLD 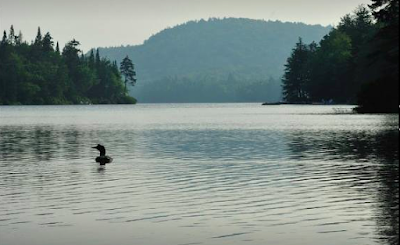 
Chilly arms. I swim for warmth in the bed. Sheets a little rough from being clean.

We all used to sleep in this space, the Boys’ Cabin, a hundred yards through the Adirondack woods from the main house. A tent made of rough boards, really—roof, half-walls all around with rafters and studs showing, and the rest is screens to keep the mosquitoes from draining my blood. They’re buzzing as the sun comes up, smelling me, hoping to get a drink before the heat of the day makes them grumpy. I smell, too. Pine sap and mildewed blankets. The air infused with forest and the little pillow of cedar needles my mother made. I’m done with Teddy Bears.

My brothers have rooms now, because they ‘deserve privacy,’ whatever that is. Brand new rooms, additions off one end of the cabin, with doors and windows and cubbies for special things. But they still have to walk by my bed to pee off the porch.

The scratch of a crow’s wings on the air. A woodpecker hammers out of sight. And there’s the song that vibrates my bones: the loon calling. I throw off the blankets and run barefoot to the screen door. He’s coasting on water flat as glass. His echo comes back off the hills across the lake. Then he dives, teaching me that perfection is fragile.